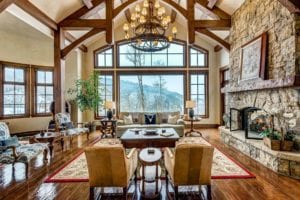 Moisture absorption of natural stone – what is it?

Hygroscopicity and moisture absorption are different things, but in everyday life they have long been synonymous. Both these words mean, in fact, the ability of the material to absorb moisture. The difference is that hygroscopicity initially meant absorbing moisture from the air, and not with direct hit of water jets.

What happens to a stone that actively absorbs moisture?
Here a lot depends on external circumstances.

In the interior decoration natural stone, constantly in contact with moisture – both directly and from the air – can not practically give it away. A wet room, such as a bathroom, a hammam or a pool, provokes a stagnant moisture inside the stone. This, in turn, leads to the formation in this moist environment of various foci of bacteria or fungi.

If hygroscopic stone is used in exterior decoration of buildings, then it not only actively absorbs moisture, but also gives it away. That is, after the rain, the outer tile from travertine will dry quickly without consequences for yourself.

It is, however, worth remembering that in certain regions of Russia the climate is very peculiar. And, for example, late autumn or early spring, the following can happen. Rain, having soaked a stone of walls and having absorbed in them, smoothly passes in a snow, and temperature falls below zero. Inside the stone, water turns into ice, which, as is known, takes up more volume. As a consequence, the stone seems to burst from within. With the regular repetition of such a picture, cracks can appear in the stone, leading to further destruction.

Hygroscopicity – is it bad or good?
Many believe that the high hygroscopicity of the stone refers to its minuses. Undoubtedly, in moist rooms or with constant contact with water, increased moisture absorption is not very desirable. Since, for example, a shell made of stone with a high moisture absorption simply does not have time to dry out in the bathroom.

At the same time in such rooms as a living room, bedroom or a child’s natural stone in the decoration of walls can be any degree of hygroscopicity. The moisture that he absorbs from the air will be given to them without consequences. After all, there are no negative temperatures in these rooms.

With regard to the finishing of floors, it is better to have a lower moisture absorption, as the floors are more often exposed to moisture – for example, during harvesting. And if you wash the floor under the mat and then immediately put it in place, the stone will be difficult to give up the accumulated moisture.

Which stones are more hygroscopic, and which are less?
Of natural stones used in interior decoration and exterior decoration, limestone absorbs moisture most actively. It is followed by travertine, marble and onyx in order of decreasing hygroscopicity. Granite practically does not absorb moisture. Quartzite is least affected by moisture.

How to deal with undesirably high moisture absorption?
From the above, the conclusion suggests that natural stone in the bathroom, hammam or pool can not be placed, and for exterior finishing only granite and quartzite are suitable.

In fact, this, of course, is not at all the case. Moreover, travertine is often trimmed by traditional hamams, and marble in the bathroom is the most common option. From any of these stones you can make a sink and a bath.

The secret of such wide possibilities is in special chemical processing, which reduces the moisture absorption of the stone. It can be used for any of them – and for travertine, and for marble, and for limestone. Granite and quartzite, as a rule, it is not at all necessary.

Treated travertine tiles in the bathroom can be laid at least on the floor, even on the walls – it is not afraid of any moisture. And the impregnation does not affect the appearance, the pattern and the shade of the stone at all.

This impregnation can be used on stone with any surface treatment – from polished to sawing. It does not give too much gloss and gloss and does not distort the overall impression of the stone.

So, as a result, hygroscopicity and moisture absorption of a stone do not impose any restrictions on the field of its use. You can choose what you like – simply additionally order stone protection and be sure of its safety.