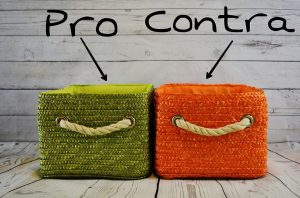 -Quick result.
It is not entirely correct to ask what is better – contextual advertising or SEO: these are different works, and sometimes they have radically different principles. The speed of the result is one of the critical differences between the contextual advertising and SEO: if search engine optimization assumes a result set aside in time, then you will receive visits, calls and sales from ads immediately. To please search engines, the site needs not only relevant content, but also the elimination of technical errors, increasing usability, creating an authoritative reference profile, developing high behavioral indicators, and so on – it takes time to do all this.

-Transparent and understandable payment.
You always know what you are paying for (for traffic, for clicks, for impressions), and payments are absolutely transparent. You know the rate, you know the cost per click, you choose the traffic you want to receive from the ad, and you yourself allocate the amount for the advertising budget.

-Efficiency mark.
Google AdWords advertising systems have detailed statistics for all campaigns, as well as analytics systems – Google Analytics, which allow analyzing the results of campaigns up to the user’s request and the site from which a product or service was purchased.

For example, if a “Call” target is set for a campaign (that is, a user who clicks on an ad should call you), then Metric will show how many such targeted visits were made (that is, how many users called the number listed on the site):

Campaign performance can be assessed not only by economic, but also by behavioral indicators – for example, clickthrough rate CTR, through which you can understand which ads users like most and from which advertising sites they most often go to your website.

-Wide coverage.
Contextual advertising is advertising for a defined and interested audience, which would seem to reduce coverage, but thanks to the versatility of the sites on which ads are placed (for example, in the Google Advertising Network), users can be attracted not only from search results.

– Selection of the target audience.
As an advertiser, you yourself decide who and where to show the ad. There are a lot of filters in the settings and control systems, which help to get closer to the target audience to 100%. For example, you can always designate the city where the user should be from, his age, the language in which the request is entered, and even the type of device.

Cons of the Contextual Advertising
-It is expensive.
In the search network, the first 4 positions are taken by contextual advertising, then there is an organic issue (conditionally free).

The highest percentage of clickability of the block with contextual advertising, as it is higher and most attractive to the user (on the 1st position ads with extensions – descriptions to quick links can be shown, and soon stencils will appear, in which ads with pictures will be shown , prices, etc.). But high rates fly into a pretty penny: you have to pay for each click, and in some highly competitive topics the cost of a click is very high:

– Difficult setting and the need for regular reference.
Yes, one person can be involved in setting up and running campaigns – contextual advertising specialist, and he doesn’t need programmers, optimizers, and copywriters. Because campaign development includes:

1. the development of a strategy (how to distribute the requests among the campaigns, how many and what campaigns they will have, create a timetable for the show)
2. collecting the semantic core, grouping queries and selecting negative keywords to cut off untargeted traffic;
3. writing selling titles and texts, putting utm-tags, clarifications, etc.;
4. pouring campaigns into your account and setting up, adding rate adjustments;
5. Campaigning (analysis of statistics on campaigns, daily adjustment of rates, adding negative phrases, removing ineffective phrases from campaigns, adding new phrases, deleting ineffective sites).

-High competition in some subjects.
There are a number of topics where there are much more competitors than others (for example, accounting and legal services, the flower business). Moreover, to this is added the fact that the CPC is formed based on the results of the auction and the first position is occupied by an ad, for which the advertiser pays a maximum bid. Therefore, many competitors mean not only the extremely high quality and relevance requirements of ads, but also high rates and CPCs.

-Short term.
This is payback for instant start and quick result. As soon as the button was turned off, as soon as the budget ended, the campaign ceases to work at the same moment.

For a tool such as contextual advertising, the advantages and disadvantages are equally important, since even one plus may be enough to agree to conduct, and one minus to refuse and order SEO in return.